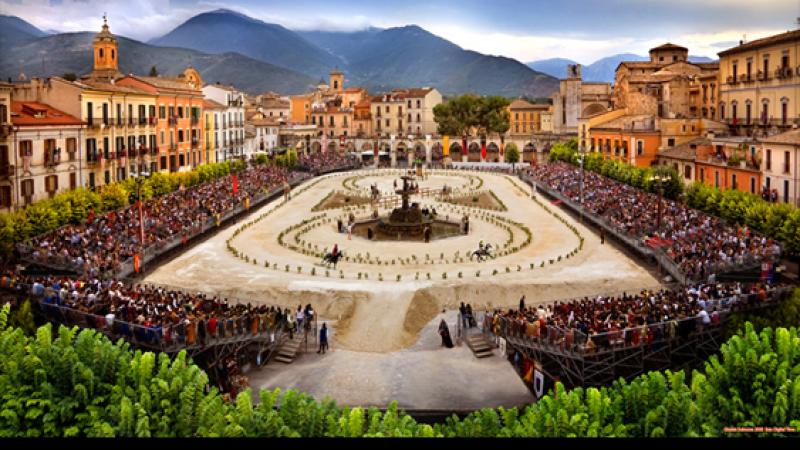 A modern reinterpretation of the ancient “joust” that was held in medieval times in the historic Piazza Maggiore of Sulmona, now Piazza Garibaldi.

The seven villages and districts of Sulmona challenge each other on the last Sunday of July in a battle at the “last ring”. The cheering of thousands of people all around the large town square, is massive.

The following week the 7 contenders, twinned with as many historic European cities, compete again for the Knightly Joust of Europe.